The Dorper stud evolved in 2011, with the purchase of 23 pregnant ewes from the dispersing “Ardlui” Dorper Stud.  Subsequently, these exceptionally hardy ewes, their progeny, and further purchases from the “Bellevue” and “Rosevale” Dorper Studs were mated to carefully selected Bellevue rams. A noticeable improvement in the overall quality, but especially the shedding ability of the sheep, is evident in each new generation produced.

A ram from the “Woodridge” Dorper Stud was introduced in 2017. In 2019, two new rams from ‘Prieska’ and ‘Henry’ Dorper Studs were single sire mated to the stud ewes.

The breeding stock have always been carefully selected for soundness and correct conformation, hardiness, maternal traits, and ability to produce fast growing offspring. Alongside these traits, it has become evident that the Yarrabee flock is very worm tolerant. Even in the wetter seasonal conditions, worms are of very little significance.  Yarrabee Dorpers generally do not require hoof trimming or shearing.  There may be the occasional exception, but environment can play a role in the need for these husbandry practices 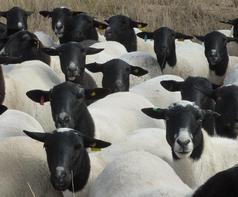 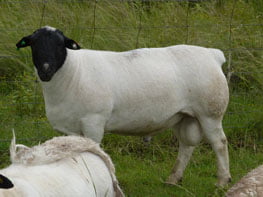